Why Do I Lose it with My Kids?

Have you ever had an experience in which your own behavior made no sense to you? A time when you’ve reacted and then asked yourself, “Why did I just behave that way?


These are examples of getting stuck in our lower brains, not able to access our higher brains. Of course it’s those higher regions that are in charge of being rational, thinking things through, problem solving, etc.  Getting from the lower to upper brain requires neural pathways to be in place between these areas. The more neural connections we have between the lower and higher brain, the more likely we are to use these pathways (or networks).

Two things are vital:
Having neural pathways from our lower to higher brain regions.
Being able to access the pathways we have.

The more we use specific pathways, the more efficient and automatic they become. So, in everyday life it works like this…my kids won’t cooperate, I get frustrated and yell. The more times I react this way the stronger that pathway becomes. It’s easier and easier for me to react that way, each time I do it. 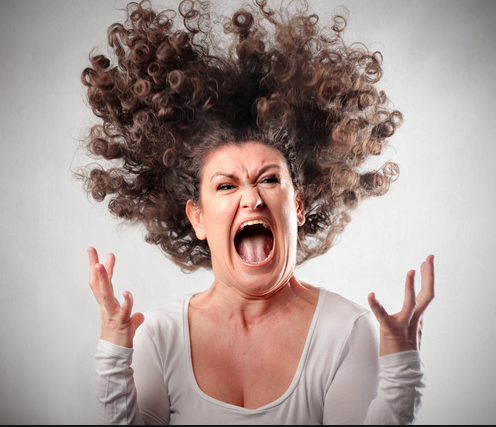 To not react that way becomes increasingly more challenging, each time I do yell. However, it’s not hopeless. We have the brain power to initiate change by interrupting the process, and creating new pathways. WHEW!

Let’s break this situation down to two major components of our behavior:
1) We are getting triggered.
2) We are automatically using the path of least resistance, the same old one we’ve always used.

Component 1: Getting triggered
Psychotherapy is one way of figuring out why we get triggered, and for many it’s the right option. However, there may be another option. This will depend upon a few things: What is the intensity of the behavior? What is the impact of the behavior on your life and those around you?  What is your capacity for self-reflection? If you decide that the intensity and impact are not extreme, and you can be self reflective, this second option might be right for you. It entails becoming aware of the fact that you are triggered by certain situations, and accepting that as true. In this way you are owning the behavior and can now take responsibility. Taking responsibility means you are not blaming your behavior on the behavior of others.  By acknowledging and owning the behavior, you are now in a position to make a change, if that’s what you want to do.

Component 2: Path of least resistance
Step two evolves from our awareness. Awareness often begins as something that happens after the fact. Noticing that we had been triggered, after we yelled at our kids.  It can be as simple as saying to yourself, “oh wow, there it was, that yelling. I felt so frustrated/angry and just reacted.”  Not such a bad idea to also say something to the others involved. “Hey kids, I’m sorry I kind of lost it. I’m working on not yelling when I get really frustrated.”

That’s the beginning. We’re heading towards noticing in the moment and saying to yourself (or, out loud) something like, “I’m frustrated, I’m really struggling with this.”

Noticing in the moment changes everything.

Awareness in the moment, interrupts the process. This tiny space we have created with awareness, offers the possibility for response rather than reaction.  A new response triggers a new set of neurons and creates a new pathway. As we move away from the path of least resistance (the old pathway) it begins to break apart. As we use new pathways more and more often, they become stronger and stronger.
Posted by Unknown at 6:10 PM